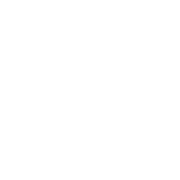 Home  /  kapuhala   /  A Health and Nutrition Journey Of Jenny Buck

A Health and Nutrition Journey Of Jenny Buck

It was early 2018 and I had been a pescetarian (vegetarian eating fish) for over 20 years. That may sound like quite a healthy diet, but I had been dissatisfied with the food I was eating for years. With a young family, my partner and I had found ourselves tailoring our meals more and more to our children’s tastes, eating the same meals again and again that we knew the kids would eat, eating more and more salmon and cheese sauce because they liked it, and compensating for sleep deficits with unhealthy snacks. I’d been wanting to give up animal products for a long time for ethical reasons, but thought it would be impossible to organise family meals. I also found that middle-aged spread had set in – even though I did what most people would regard as a lot of exercise (four or five times a week), my weight had crept up higher than it had been when I was at my heaviest when pregnant, 180 pounds or 81kg. 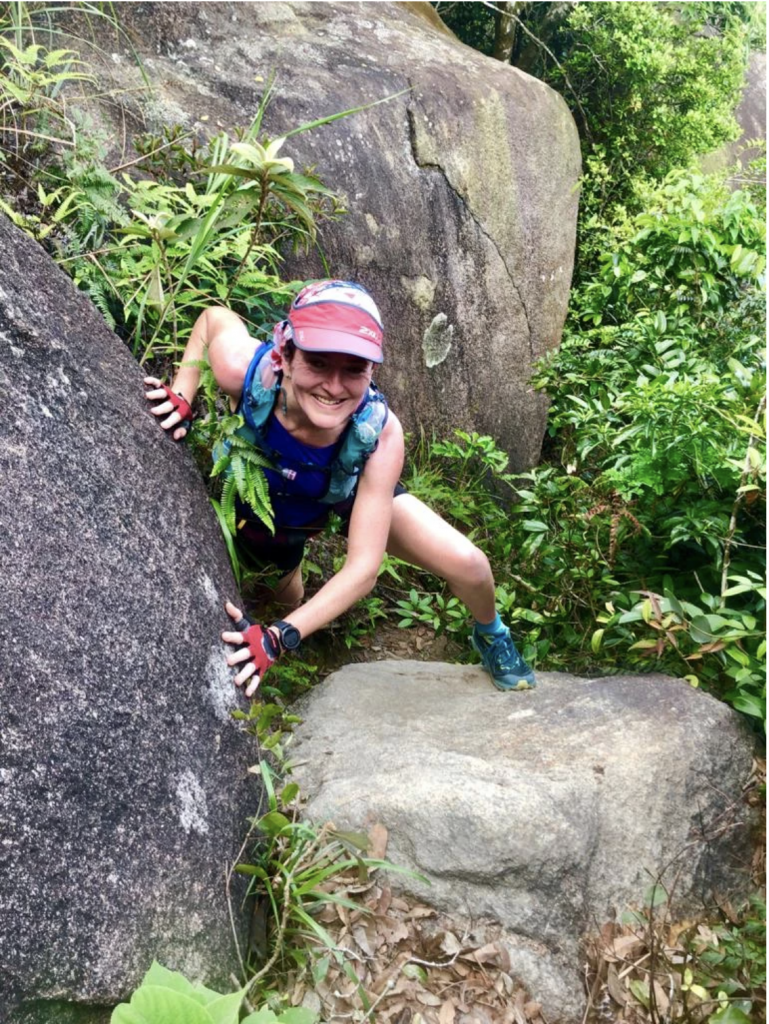 Most changes need a trigger, and for me, it was my 11-year-old daughter asking me to join her in a one-week vegan challenge, which I completed and she didn’t! That week taught me that a lot of things I thought would be hard were really not. Swapping out dairy milk for oat milk? Easy. Having hummus instead of cheese with crackers? Easy. Picking a random vegetable that I liked the look of and finding a recipe to make use of it? Fun!

I also realised this was a good opportunity to lose some weight and so I decided at the same time to cut out all processed foods from my diet – I went all-in for a plant-based, whole-food diet. I was really strict for the first year and didn’t eat any “white carbs” (white bread, white rice, or white pasta) unless there was no alternative. I took salads and lots of healthy snacks with me to work, but it never felt like I was “dieting” because I didn’t put any restrictions on quantity. In fact, I was careful to make sure I was eating plenty of food because I had read that rapid weight loss usually means muscle loss, and I was trying to get stronger at running at the same time, so I wanted to keep weight loss gradual. It felt like I was often carrying a full buffet to work – snacks would include dried fruit, fresh fruit, nuts, vegetable sticks, wholegrain crackers, hummus – which was sometimes an effort to organise but I got used to it. The result was that I never felt that I was depriving myself. 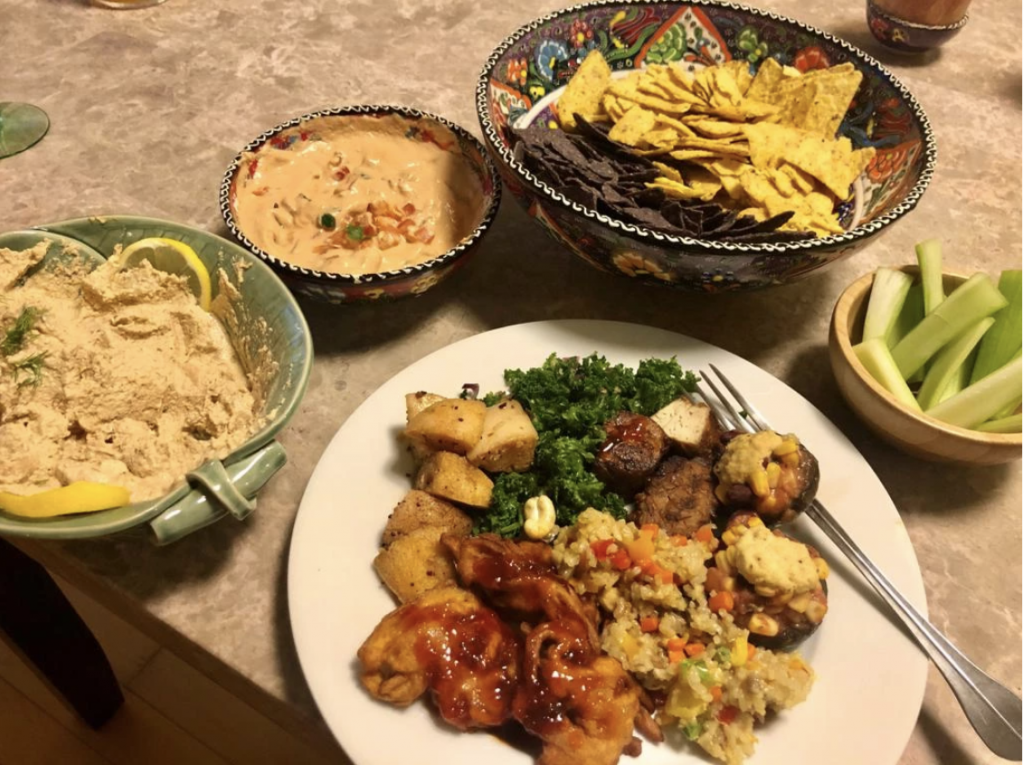 My biggest concern had been family meals, but actually trying new things meant that we all ended up finding new recipes that we enjoyed more than the old ones. A real turning point happened a few weeks into my new lifestyle when I was watching the documentary Cowspiracy at home while my partner was out for the evening. He happened to come home early and watched the second half with me, and from that moment on he decided that we as a family should eat vegan at home to “do our bit” for the environment. He’s always enjoyed cooking more than I do and been more creative in the kitchen, plus has stronger food preferences than I do, so having his support made a huge difference. Suddenly, I was not alone in pushing my agenda on the rest of the family. Our kids used to like watching Masterchef so we started rating our family meals out of 10, and quite a number of dishes got 8 or 9!

I’ve ended up enjoying food more than ever. If you have a strong flavour with your meals such as meat, fish or cheese, you don’t really taste the other things in your meal. Instead of being a side dish, vegetables became the main event and it wasn’t difficult to get them to taste amazing!

And there’s the added benefit of letting go of responsibility for animal suffering. Living a life that was more in line with my values felt like a huge weight had been lifted from my shoulders. Since I’ve stopped “looking the other way” and learned more about the horrors of the dairy and egg farming industries, that information can’t be unseen so I’ll never regard animal products as food ever again.

Three years later, not only have I gradually lost a lot of weight (45 pounds or 20kg), but a number of other health issues have cleared up. I used to suffer from lower back pain, especially when standing for long periods. A few weeks after my lifestyle change, I spent a long time standing at an event and was surprised to realise afterward that I hadn’t felt any back pain. I also used to suffer from endometriosis which caused excessive bleeding during periods, and that disappeared within a few months – along with all pain and PMS symptoms, such that getting my period often now catches me by surprise because I don’t get any warning signs. 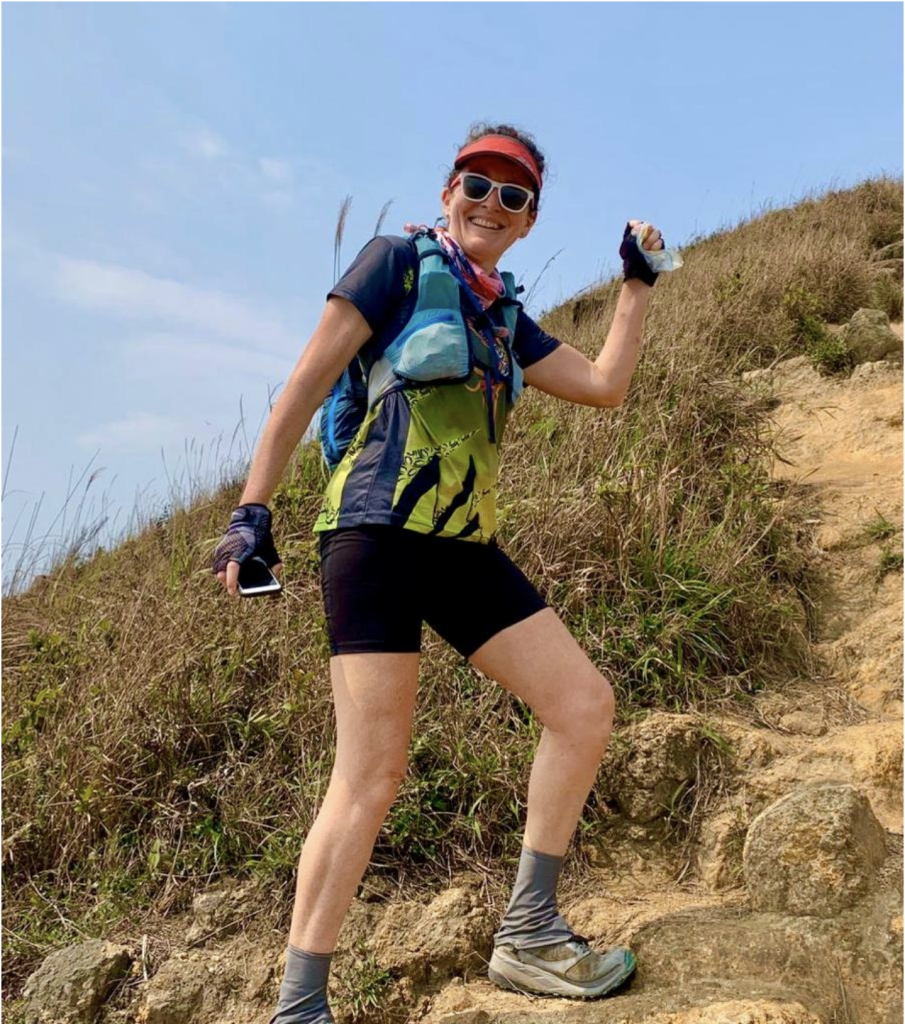 Then there’s the impact on athletic performance. I got into hiking and running soon after I came to Hong Kong 26 years ago; before my dietary change, I had done several 10km road races and half marathons, one full marathon, and several trail races of 12-15km. I absolutely love being on the trails which for me is one of the best things about Hong Kong, but after races, my leg muscles were so terribly sore, it always hurt to walk for a few days and stairs were agony, which deterred me from taking my interest further. But after changing my diet, I noticed I could run adjacent days without feeling sore and could run longer and longer distances. I started entering more races and being flabbergasted that I could not only walk comfortably the next day but even go for a run! Changing my diet has made a massive difference to my recovery from intense activity. This was especially noticeable after I did my first 30km trail race because it had a long downhill finish which I really bombed down and I was thinking at the time, “This is gonna hurt tomorrow” – but I was fine!

That first 30km trail race was about a year after I changed my diet. The year after that I did 50km, then the year after that I did my first 100km – and I’ve gone for a short run the next day after most of my races. If you had told me three years ago that I would soon be doing 100km races, I would have cried “impossible”! My interest in ultras has unfortunately coincided with all races being canceled, so most of these races have been virtual which means doing them mostly on my own without any checkpoints.

To keep motivated while races have been canceled, I’ve been entering other virtual challenges. Between June and August last year, I finished a virtual traverse of the UK, covering 1407km within three months of hot summer weather in Hong Kong, which meant I needed to run and/or walk an average of over 15km per day. In August, concurrently, I did an Everest worth of elevation in one week as part of an elevation challenge – not many people are crazy enough to do a horizontal and a vertical challenge at the same time, but that’s me now!

I don’t have a sporty background or much natural sporting talent so I won’t ever be a top runner, but I’m enjoying the fact that I’m 49 years old and still getting faster. I’ve also been sneaking third place in a few virtual races recently – that’s third place, overall female, without any age categories.

As an example of good muscle recovery, today I did a 19km informal local race which had 1800m of elevation (which means very steep hills) only 4.5 days after finishing a 54km virtual race with 3850m of elevation (also lots of steep hills) – and did the second one 22mins faster than last year. 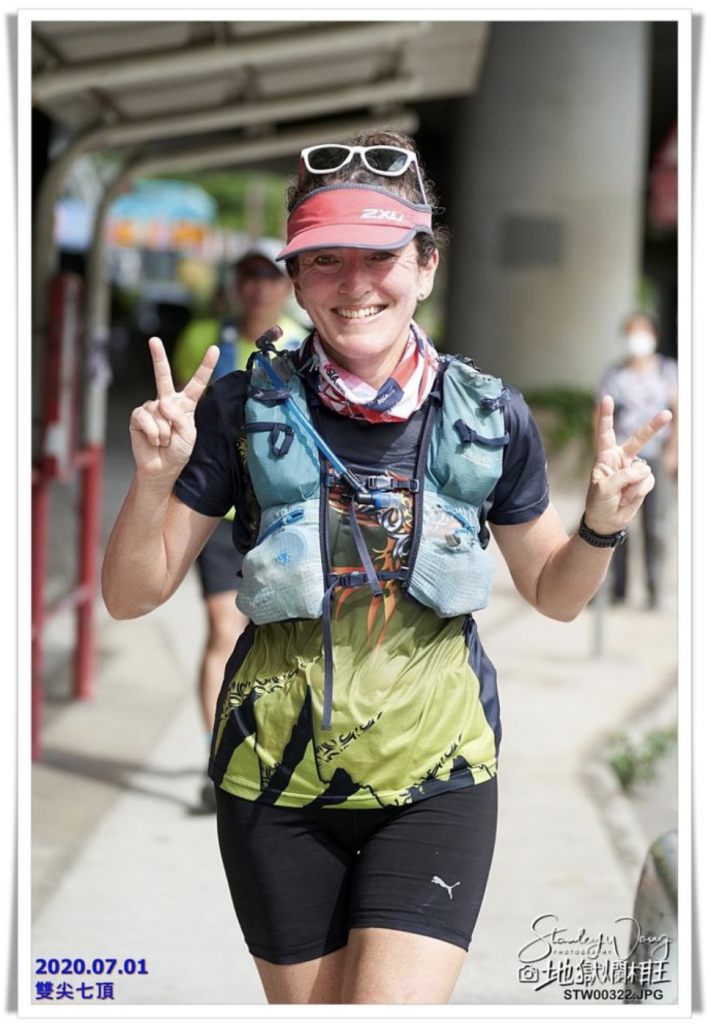 One thing I’ve learned in the past few years is that dairy products, in particular, seem to cause health issues for lots of people. For me, it caused inflammation of tissues around my spine, inflammation of muscles after intense exercise, and the hormones in milk caused an excessive buildup of my uterine lining. Our bodies are all different so not everyone’s body will react in the same way, but I’m not alone in experiencing health benefits after giving up animal products. Double-blinded trials involve assigning people at random to particular diets and then switching them back to their regular diet to see whether any changes are reversed, but people who have been assigned vegan diets often don’t want to switch back to their regular diet because they don’t want to give up the noticeable health benefits they have observed. Further reading can be done here.

Another possible explanation for the health benefits I’ve experienced since giving up animal products and avoiding processed foods is simply eating much more fresh fruit and veg than before. I remember I used to have trouble reaching my “5 a day” – now most days I have at least 10 portions of fruit or veg. My breakfast alone usually contains 12 to 14 different kinds of plant foods: oatmeal, soya milk, 3 berry mix, banana plus one or two other fresh fruits (my favourites are kiwi and mango), or dried fruit if I don’t have fresh ones, and 6 different types of seeds (pumpkin, sunflower, chia, sesame, hemp, and ground flax). Eating plenty of fresh fruit and veg probably leads to health benefits without deliberately omitting anything, by “crowding out” less healthy foods.

Thank you to Jenny Buck for sharing her personal experience with Kapuhala. Jenny is also one of the founder of Plant-Based DB Facebook Group.

Head to Kapuhala Shop to get your vegan, low sugar, raw chocolates from Sicily! 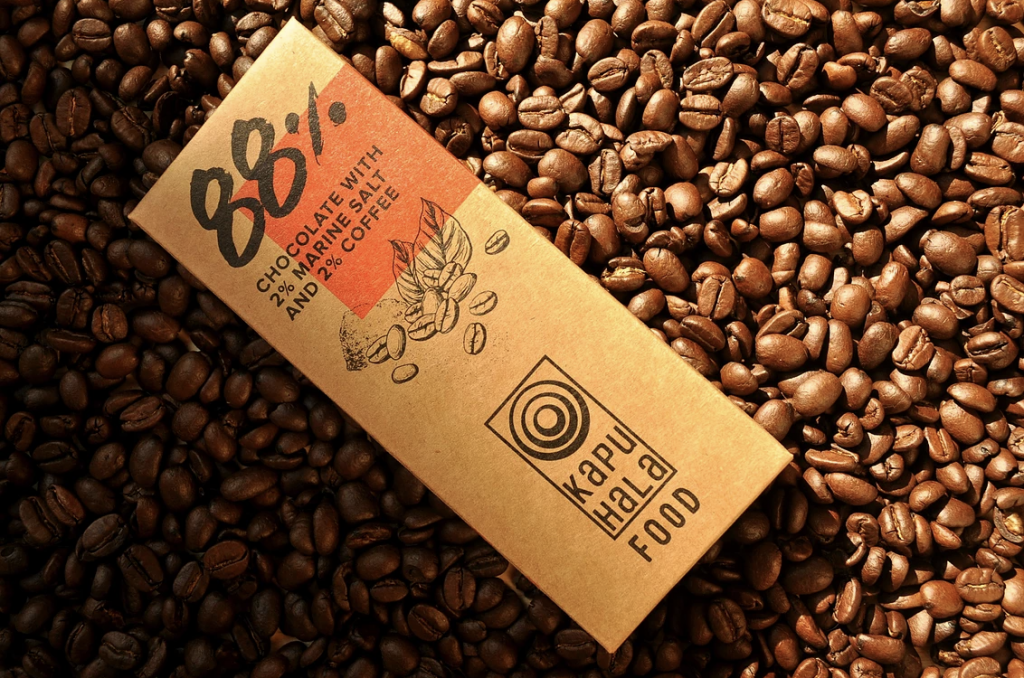